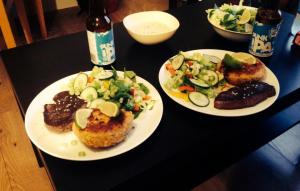 Summer 2014, boyfriend made steak and salmon fishcakes. This was maybe… the… second thing he ever made me? Point is it was ridiculous. I now eat so much fillet steak

Berlin adventures in October! So much turkish candied/dried fruit shop visits. So much amazing weird tofu.

Mam’s birthday, October: Salted caramel & vanilla cheesecake, first time I did a baked cheesecake. The water bath leaked into the crust and I nearly died but saved it with a sit in a cold back room :v 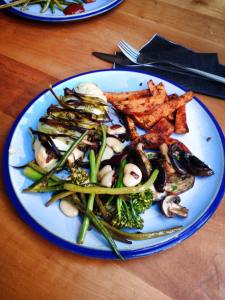 I’d like to pretend I made this but I didn’t. Boyfriend again. Chicken wrapped in spring onion with mushroom/green veg stirfry. Roasted sweet potatoes because wherever I am, they are

Shane’s birthday! Mango cheesecake. I overcame my terror of gelatin 😀

Boy decided to do beer can chicken. As it turns out, it looks really, really funny but tastes like awesome

I live on roasted sweet potato. You think I’m joking.

This is what you eat when you’ve come back from a birthday holiday in Berlin on no sleep. It made everything good. 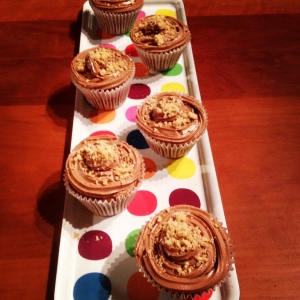 Question: What do you do when you’re not sure you’re going to even see an oven for the next several months?

Answer: You go mad baking and force feed whoever is within a five mile radius.

I did this recently. I’m still not sure when I’m going to see an oven again – within the next few weeks and months I’m going to become a traveling vagabond and have some adventures while I build up my (other) career.

END_OF_DOCUMENT_TOKEN_TO_BE_REPLACED

So. It’s Saturday, and if you’re anything like me, you’ve been spending these precious hours off so far finessing the art of balance between hedonism and total inactivity. The workweek still seems relatively far away and there are no problems on the horizon, as far as you’re concerned. Bring on the chocolate martinis. We’re done with the 9 to 5 for now.

END_OF_DOCUMENT_TOKEN_TO_BE_REPLACED

On Imperfect Eating – Or, An Argument For Cake

And on the proposing side of the motion – cupcake selection boxes..

Here’s a few scenarios we’ve likely all been a part of, centrally, or peripherally.

There’s the group at the restaurant, an evening out to unwind, that turns – by stealth – into a subtle and resolutely unspoken competition between the women at the table. Who’s not eating bread, or pasta – who can pass off the most of the contents of their plate on their boyfriend? Who has eaten earlier and doesn’t particularly want more than two bites? Everybody remarks loudly and conspirationally on how full they are, once half (or less) of their main meal is dispatched. Four people can share a dessert, can’t they…? Most don’t want it, at all. Enjoyment of the night, and the food, erodes into a discomforting, uneasy struggle to eat without judgment and enjoy the calm of a night off.

END_OF_DOCUMENT_TOKEN_TO_BE_REPLACED 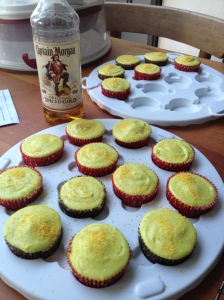 When you have a small number of weeks free between moving from one end of Ireland to the other for the mania and chaos of a new clinical practice block, you end up doing ridiculous things with your time.

Ever tried to put tofu in a cake?

Stop making that face, it’s nowhere near how you’re imagining.

END_OF_DOCUMENT_TOKEN_TO_BE_REPLACED

I’ve spent the past three months in a manic, non-stop whirlwind of thesis writing, clinical placement, cross country moves, exams, presentations, study, research & general complete and utter inability to sit down. It’s been insane, everyone. Really off the deep end of insane. But insanity drives creativity, as we all know. Prepare yourselves.

END_OF_DOCUMENT_TOKEN_TO_BE_REPLACED

These were the happiest accident, ever. They happened at the end of a long day baking on commission – I found myself with leftover odds and ends of just about anything and I was determined to find a way to use it all.

END_OF_DOCUMENT_TOKEN_TO_BE_REPLACED

Coconut and I have always gotten on in a pretty casual sort of way. You know, like that person you know down the road who you see on the same bus sometimes; they’re alright and you vaguely mean to get to know ’em a little better but you just never quite get around to it. It’s not that I have anything against coconut; I just never get around to it.

END_OF_DOCUMENT_TOKEN_TO_BE_REPLACED

This is cold weather food right here. Right now, it’s late, I’ve had two car rides and two train journeys to get home, the wind is battering the windows and rain is trying to drill a hole in the pavements outside – I have a feeling that nights like these are what make these gorgeous, gooey centre cakes even better.

END_OF_DOCUMENT_TOKEN_TO_BE_REPLACED

A quick post: this was one of the first recipes I created on my very own, and I was very happy with how it turned out. I had gotten an assignment to cater for one of those typical post-meeting ‘cake half hours,’ and as the meeting involved an assembly of health care professionals, I wanted to be sure to cover all my bases in terms of coeliacs, dietary restrictions and food choices.

END_OF_DOCUMENT_TOKEN_TO_BE_REPLACED

Look up an Ingredient:

I Write About This Stuff

Error: Twitter did not respond. Please wait a few minutes and refresh this page.